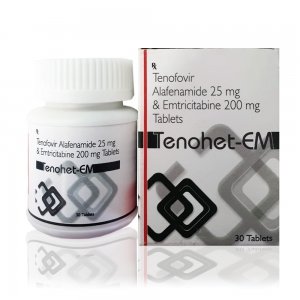 Tenohet-EM is an antiviral drug used to treat HIV infection. The drug is a combination of two antiretroviral components: emtricitabine and tenofovir alafenamide. Both drugs are combined in one tablet, which is taken once a day along with other antiretroviral drugs. Tenohet-EM is available in the form of tablets with a dosage of tenofovir alafenamide 25 mg.

Tenohet-EM contains two active ingredients. Emtricitabine and tenofovir alafenamide belong to the class of NRTIs. (Emtricitabine is a nucleoside analog of a reverse transcriptase inhibitor, while tenofovir alafenamide is a nucleotide analog of a reverse transcriptase inhibitor). Tenohet-EM is prescribed in combination with other classes of antiretroviral drugs as HAART. The prescribed regimen and dosage of all drugs included in your treatment regimen should be strictly observed. When using Tenohet-EM in combination with antiretroviral drugs from other classes (dolutegravir, efavirenz, maraviroc, nevirapine, rilpivirin or raltegravir), a drug containing 25 mg of tenofovir alafenamide is prescribed. Each class of drugs differs in its mechanism of action on HIV. The goal of antiretroviral therapy is to reduce the amount of viral particles (“viral load”) in the human body. Ideally, the viral load is reduced to an undetectable level not exceeding 50 virus particles in 1 ml of blood. Taking antiretroviral drugs helps to achieve and maintain an undetectable level of viral load, which protects the immune system and reduces the risk of transmitting HIV infection to others.

Tenohet-EM is taken once daily, on an empty stomach or with meals. Antiretroviral therapy is most effective when taken continuously and regularly. If you forget to take the next dose of Tenohet-EM, take it as soon as you remember. If you recall a missed dose 6 hours before the next dose, you should not take a double dose: just skip the forgotten dose and continue taking the drug as usual. If you regularly forget to take medications, or you cannot follow the treatment regimen for any other reason, this should be discussed with your doctor.

Any medications can cause adverse reactions. Before starting therapy, it is recommended that you discuss with your doctor potential side effects that may occur while taking the medication. If symptoms occur, which, in your opinion, may be a manifestation of side effects of therapy, you should consult your doctor about how they can be controlled. A complete list of symptoms of side effects of Tenohet-EM, including those that are rarely found, can be found in the instructions for use for the drug. We subdivide all adverse reactions into two types: Frequently encountered - side effects that occur in at least one in a hundred patients (more than 1%) taking this drug. Rarely encountered - side effects that occur less often than in one in a hundred patients (less than 1%) taking this drug. The most common side effect of Tenohet-EM is nausea. Other common side effects include abnormal (unusual) dreams, headache, dizziness, diarrhea, vomiting, abdominal pain, frequent gas exhaustion, skin rashes, and fatigue.

Does Tenohet-EM interact with other drugs?

You should always inform your doctor and pharmacist about any other medicines you take. These include any medications prescribed to you by other specialists; funds that you purchase without a prescription in a pharmacy, including herbs, infusions, alternative medicine; as well as recreational narcotic substances. The simultaneous use of certain drugs should be avoided, as this can lead to the development of serious side effects or reduce the effectiveness of one or both drugs. Other types of drug interactions are less dangerous, but should still be taken seriously. If you change the concentration of one of the drugs in the blood, you may need to change its dosage. The list of medicines interacting with Tenohet-EM is given in the instructions for use of the drug, which is attached to it. Inform your doctor if you are taking any drugs from this list, or if you are taking any other drugs. You should not take Tenohet-EM while taking medications used to treat viral hepatitis B, namely:

There are other drugs that Tenohet-EM can interact with, including: some antibiotics, antiviral drugs used to treat viral hepatitis C, anticonvulsants used to treat epilepsy - so it's important to inform your doctor about any other drugs you take.

Can I take Tenohet-EM during pregnancy?

If you are pregnant or breastfeeding, or plan to become pregnant - consult your doctor about the most suitable HAART regimen for you. Very little information is available on the use of Tenohet-EM by pregnant women. Despite the fact that the results of preclinical studies of the drug in animals did not reveal any potential problems during this period, it is still recommended to discuss your treatment options with your doctor. HIV-infected women are advised to completely refrain from breastfeeding, as this can cause the baby to become infected with HIV. Despite this, some women still practice breastfeeding. Tenohet-EM should not be prescribed to breast-feeding women. At least one of the Tenohet-EM formulations may pass into breast milk. 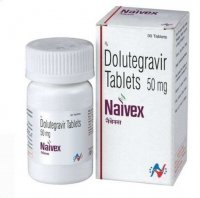 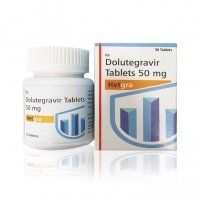 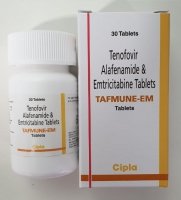 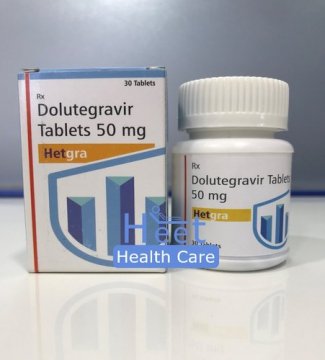